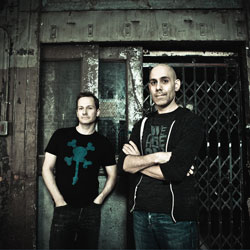 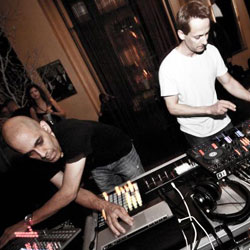 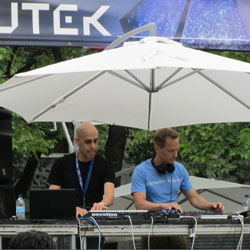 Producing and releasing music since 1995, Joe Silva has become well known throughout the global house scene and is one of Canada’s few house veterans. His vinyl has been released on his own imprint Purespace, as well as many others, including Stickman, Red Melon, Viva!, Lunatic Jazz, Tango and Balanced. His live shows are a funky tech-house jam using live looping and keys to create a unique performance, constantly updated with elements from his latest productions.

Ali Khan is a Canadian recording artist with international reach through releases on Dewtone, Lucidflow, Cocoon, and Fabric London. Khan’s musical career has been one of consistent, organic growth, through live performances, studio recordings, video game soundtracks and collaborations. His live performances are a spontaneous reconstruction of ideas combining the essence of Zen and precision of electronics to create atmospheric, ethereal, ambient and techno music.

“Tonepushers bring a combined total of over 30 years of production and performance experience together to create a highly refined and sophisticated live techno act.” - Nathan Zahn – Director of MEMETIC